Moore & Portelli is located in Northwest Indiana, but serves as counsel throughout the State of Indiana.  The attorneys at Moore & Portelli have a combined fifty (50) plus years of first chair jury trial experience in defending individuals, corporations, and insurance companies in most of Indiana’s county venues in both state and federal courts.  The firm’s attorneys have tried approximately one hundred (100) first chair jury trials. We established our firm to continue our concentration on insurance defense and civil litigation.  We believe our success has not only come from our vast courtroom experience, but also from a conscious recognition and adherence to the firms three founding principles:

It is our belief that these three factors are primarily responsible for our current client base.  These principles will also serve as the foundation for our future relationships and success with other individuals, corporations and insurance companies. 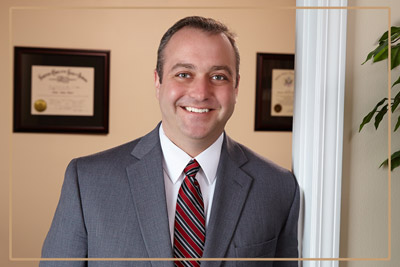 Proudly, his experience and professionalism led to recognition by members of the Indiana Bar as Adam was voted and named a “Rising Star” by Indiana Super Lawyer in 2012-2013 & 2013-2014. Adam has since been recognized by being named as a Super Lawyer in the state of Indiana. Super Lawyers is a rating service of outstanding lawyers from more than 70 practice areas who have attained a high-degree of peer recognition and professional achievement. The patented selection process includes independent research, peer nominations and peer evaluations. Adam is also a member of the Indiana State Bar Association, Lake County Bar Association, Defense Trial Counsel of Indiana (DTCI) and, after nomination, is a member of CLM, A member of the Institutes.

Being born and raised in Northwest Indiana, Adam has ties to the local community, including his prior employment with Bethlehem Steel Corporation (currently Arcelor Mittal, Burns Harbor, Indiana). He was honored to complete a Judicial Externship with Judge Julia Jent, Porter County Superior Court III while attending Valparaiso University School of Law. In his spare time, Adam pursues his interest in playing guitar and ukulele. He is always willing to discuss Chicago Bears Football. 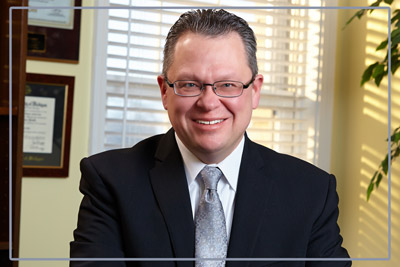 Jim graduated with distinction from the University of Michigan, Ann Arbor with a Bachelor of Arts degree in Philosophy in 1990. He then graduated from the Indiana University School of Law — Bloomington, Indiana in 1993. He is licensed to practice law in the State of Indiana, in the United States District Court, Northern and Southern Districts of Indiana, and in the United States Court of Appeals for the Seventh Circuit. During his twenty-eight (28) years of practice, Jim has litigated matters including: 1st and 3rd party claims, insurance coverage, automobile, premises liability, construction, fire loss, business litigation, UM/UIM claims, products liability, governmental tort claims, trucking, medical/dental malpractice, complex litigation, wrongful death, asbestos & mixed dust litigation, mass tort litigation, appeals, home owner association (HOA) matters, and Alternative Dispute Resolution (mediation and arbitration).

Jim has been a registered civil mediator for over ten (10) years.  He serves as a mediator and arbitrator throughout the State, helping opposing parties fairly and efficiently resolve their disputes.  Jim also serves as a Medical Review Panel Chairman in Indiana medical malpractice actions.

Jim also has twenty (20) years of experience in counseling a wide variety of health care professionals in dental/medical malpractice, risk management and licensing issues. He was awarded an AV® Preeminent ™ rating by Martindale-Hubbell, which is the “highest possible rating in both legal ability and ethical standards.” Jim is also recognized as a “Top Rated Lawyer” in Indiana and the Chicagoland area, in the areas of civil law, insurance law and medical malpractice. He is recognized as an Indiana Super Lawyer. 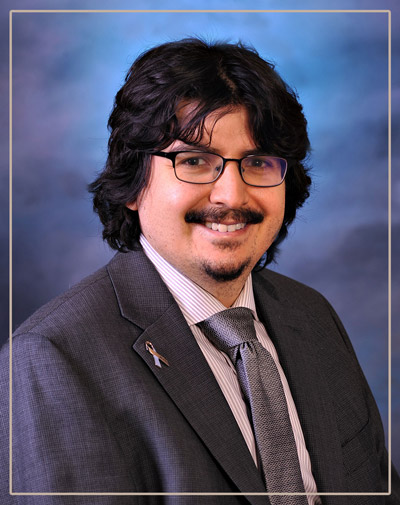 Born in the west coast but raised in the east coast, Edward graduated from Framingham State University in Massachusetts with a Bachelor of Science Degree in History and Business & Information Technology in 2015. He then moved to Northwest Indiana to start his own path. This led him to Valparaiso University School of Law, where he graduated third in his class in 2019. During his time in law school, he completed simultaneous judicial externships with Judge Mary R. Harper, Porter County Circuit Court, and with Judge Joseph S. Van Bokkelen, United States District Court for the Northern District of Indiana. Not to mention, he did all of this while successfully battling cancer. He has been in complete remission since August 6, 2018.

Currently, Edward is licensed to practice law in the State of Indiana and in the United States District Court for the Northern District of Indiana. He represents clients in a variety of 1st and 3rd party claims involving: automobile accidents, premises liability, dog bites, construction losses, UM/UIM claims, and product liability. Edward is a member of the Indiana State Bar Association and Lake County Bar Association. He is a racing enthusiast, and in his spare time, he particularly enjoys driving in a racing simulator used by top-level professional drivers to train for upcoming races. He also edited and published a novella written by an independent author.

As a registered civil mediator in Indiana, James M. Portelli is available to serve as a mediator and arbitrator.

Moore & Portelli primarily serves  clients throughout the State of Indiana. Although focused upon representing people and companies within the state, there are numerous opportunities to assist out of state companies doing business or writing policies within Indiana. The firm’s legal services are available in every county within the state and in each of Indiana’s two federal District Courts, as well as the Seventh Circuit Court of Appeals in Chicago. The firm’s combined experience benefits its carriers and clients by providing effective management of the claims in any of the above forums from pre-suit claims handling through jury trial, and even through appeal when necessary.

Moore & Portelli was established in December 2013 when two former law firm partners joined together to focus their talents to better serve their clients.

Partner Adam J. Moore began his defense practice in Indianapolis, Indiana in 2000.  In 2007, after defending numerous clients and carriers in various county venues throughout the state, Adam returned to his home in Northwest Indiana to raise his family and continue his defense practice at a firm where he met James Portelli.  Many of Adam’s clients in Indianapolis continue to use him to handle their litigation needs throughout the State of Indiana.

Partner James M. Portelli began his defense practice in Merrillville, Indiana in 1993. He practiced for nearly twenty (20) years at an established law firm in Northwest Indiana and litigated extensively in insurance defense and civil litigation throughout the state.  He became a registered civil mediator in 2010.

Thank you! I have received your message.